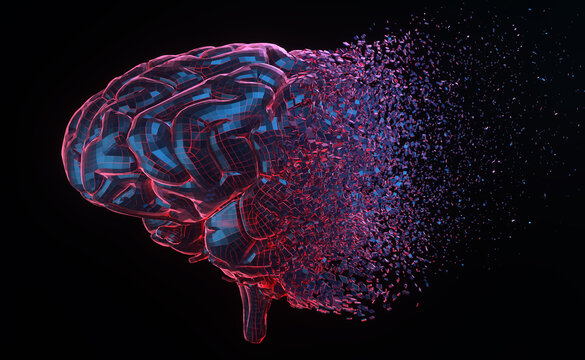 Josh takes a lot of time for his breakfast. He always says that a good start is half the battle. He drives to work and tries to catch up with others at the traffic light. He knows it’s not the “right” thing to do these days, but he does it anyway. It emits a lot of emissions to accelerate quickly.

Anyway, as long as he enjoys it. Furthermore, he does not think much about the environment. He always says; it can ‘oxidize’ me to my posterior. ”What is that, oxidation?” Asks Bolama who is sitting next to him in the car. “Oxidation is actually rust. So I basically meant it can ‘rust me on my butt‘. ”Why” Asks Bolama? “The environment is very important, isn’t it? We live in it, don’t we?” ”That’s true” Says Josh, ”But if I’m the only one who goes up a gear at the traffic light, it won’t have much impact.” ”However, what if everyone thinks so, Josh?” “There you have a point. Maybe you’re right. I prefer to contribute goodly to this world. That’s true.”

Once he arrives at work with Bolama, the lady he always picks up with his not-so-fancy car, he drinks a cup of coffee and sees a colleague eating an apple flap. An apple flap with a glass of champagne, that is. “Why do you eat and drink that so early in the morning? Is there a party?” asks Jack, who is also seeing this ‘strange matter of truthnes‘. ”No, the champagne is alcohol free.” Jack, the ‘team leader‘ steps up to his colleague and smells the glass of champagne. ”There’s no alcohol in this!” ”Yes… and Josh quickly pulled up in front of the traffic light!”, Bolama shouts.

“Okay, you know what, since it’s alcohol free… it’s okay for this time. But I think it’s a bit strange.” Says the team leader to Bolama. She doesn’t respond to it and doesn’t care what the team leader says. ”As long as my colleague is happy.” Is what she thinks.

Josh and Bolama work for a news agency – They are journalists and writers but have not learned to do so. As in, they haven’t studied for it. However, they both ‘think very creatively‘ and have also been hired for this reason. Five years ago, Josh sent his application hidden in a ‘news advertising magazine‘. Bolama just stepped in and told something she had seen, to Jack, and said she would like to write about it. The team leader agreed with her for when if it’d be good, and she got the job.

”I have often fallen by the wayside” Bolama says. “I’m dark and everyone at school was white. As a result, I’ve also performed less optimal.” ”How bad for you Bolama.” Josh says. ”But now we’re in the right place, fortunately.” ”Haha yes, fortunately yes.” Bolama says.

They start working and secretly look at news that has already been written. They both do this; they look at the upload dates. This is not the most honest way of working, but that’s how meteorologists do it, and that’s what they think, is right.

However, they do research into the news and look at the news sites with the extremely fast updates. ”That’s smart.” They say, ‘in unison‘.

The day is over and Josh and Bolama decide to have something to eat in a restaurant. They drive to the toko a few kilometers further on. They step inside and the man says, “The kitchen is closed today. Have you heard of the attacks lately? It has to do with power. Due to the fluctuations, panning and fryers are running wild. We can’t risk a fire.” Josh and Bolama decide to just have a drink.

They discuss the day and feel that they have performed well. They talk and Bolama suddenly says: ”Do you believe that man? We really need to write something about that tomorrow.” You’re right Bolama, hopefully we won’t have a tuesday dip though…”

“We haven’t used drugs for a long time anyway. At least, I haven’t.” Bolama says. Josh replies: “I was just joking. I have young children now.”‘ Bolama chuckles.

They have drunk the drink and Josh brings Bolama home.

Josh enters his house and the kids pounce on him. Josh has a son of (9) and a daughter of (7). He loves his children and does everything for them. He immediately tells them how his day was.

The children laugh when they hear that the fryers can run wild, but wonder if it’s actually true. A few moments later, Josh decides to ‘investigate‘. After asking how the children their day has been, he immediately jumps at the computer. He basically didn’t even hear his children out. He’s going to get to the bottom of it. NOW…

”You would cook today, wouldn’t you?” Says Josh’s wife.

He reads on the internet and sees that it, is true. People who are on oxygen die in hospitals. These devices fail in the event of fluctuations.

He immediately decides to post an article with this story. The title of the news item is: ”Pans and fryers fly wild due to power fluctuations.” He regularly works overtime.

While he’s halfway through, his computer fails at ‘processing and crashes‘. “Damn,” he says. He doesn’t say ‘goddamnit‘, because if you say that too often… ‘you never know‘.

The article is not saved… He decides to rewrite it, and click ‘save‘ every few minutes. His wife comes to bring a plate of food. “Not vegetarian again,” Josh says to his wife. “I should have cooked anyway. Well, thank you for the food sweetheart.”

It’s now 11 o’clock in the evening and he still didn’t sit with his children. His wife doesn’t like that, but Josh is also a ‘workaholic‘. He wants to make the world a better place with his news reports.

Josh also wants to give his children and his wife enough attention, so he decides he won’t be working overtime tomorrow. They go to sleep and the next day he picks Bolama up again to drive to work together. Josh tells Bolama that he has worked overtime and when they arrive at work he also tells the team leader.

”Just look at that news item.” ”My pan went wild yesterday too!” Shouts the team leader. “It was unbelievable! I used the powder extinguisher, but this was not so convenient. Everything is now covered in powder and the entire kitchen is destroyed! All ‘electrical appliances‘ are now broken!”

Josh responds and says, “Alright, how bad. Are you insured?” ”No”, says the team leader. I have to pay for it, all out of my own pocket. If you can just… work a little harder…”

Moments later, the computer Josh is sitting in front of; explodes. It’s on fire. The team leader quickly grabs the CO2 fire extinguisher and starts ‘extinguishing, killing the fire‘. (Yes… that’s the right one concerning technology… Isn’t it?!)

Josh falls over and Bolama is sitting next to him. She seems to suffocate. The team leader himself also falls over. The fire is still on and… kabum, kabum, kabum, it explodes in an upward direction.

All the furniture is in the air

So even in the west… people die because of fluctuations. That’s fair, though. – Ahw, we could also solve the struggle that’s going on, in – for example – Bolama’s country! Things are inequal now. ‘Vote for equality‘.

Did they die? That’s up on you to decide

Some can’t even work now, in Bolama’s country, because the energy is shut down for 9 hours long during daytime. (Except for the necessary, like hospitals but as you now know… ‘the fluctuations kill‘.) And how are people who need to work for a living, able to feed their children? I’d become a ‘pirate‘.

As organized I am and…

‘We want to go on a peacekeeping mission one day, in Congo, if things aren’t solved soon enough.’ Recruit us.’

We got to start somewhere.

No… these fluctuations have nothing to do with lithium. As ‘Sail’ says: ”Blame it On My ADD”

We tend to mix up things that worry us