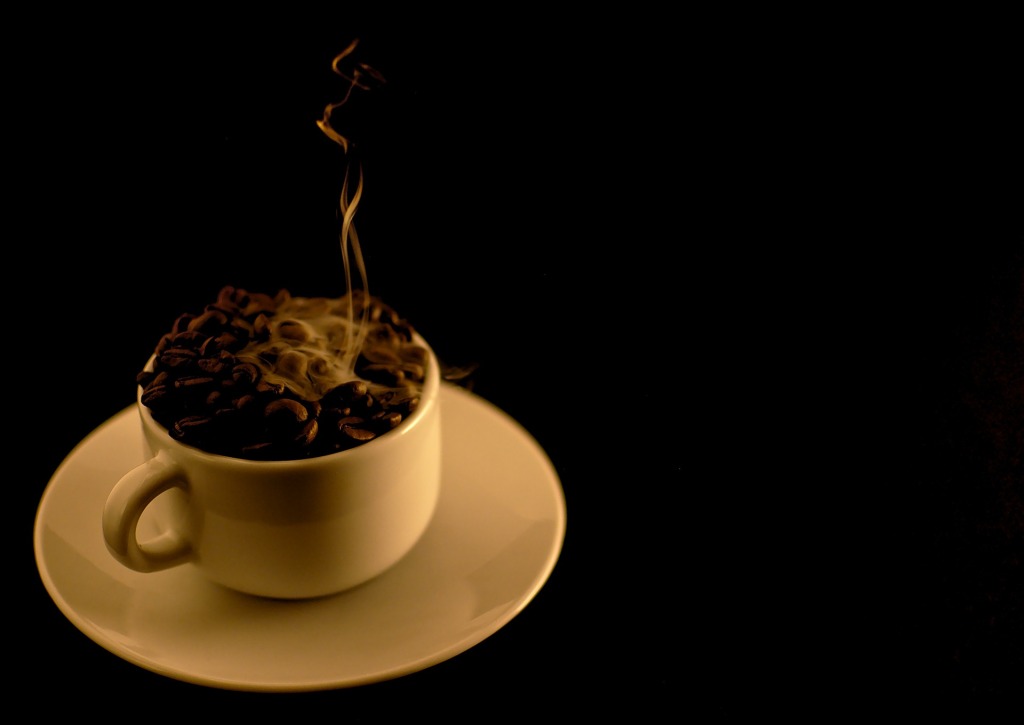 Coffee is prepared from coffee beans. The beans are originated from the seeds and berries of the Coffea plant. It’s a brewed drink with an unique smell and taste. Coffee is one of the most popular drinks all over the world. You can drink coffee in all kinds and there are a lot of varieties. Espresso, cappuccino, latte macchiato, Irish coffee…

How did coffee became such a popular drink?

Because it’s cheap and people like the unique smell and taste of coffee. We began drinking coffee in the 16th century in Yemen. Seeds for new coffee plants were shipped to country’s all over the world. People liked the stimulating effects of a cup of coffee, so they began drinking it when they were in need of some more concentration or energy.

The energy you get from a cup of coffee is mainly because of the caffeine. Caffeine is a natural product that occurs in many plants like tea leaves and cocoa nuts, although it’s primarily found in the coffee beans from the Coffea plant.

How does caffeine work in the brain?

This is mainly because caffeine is binding itself to the adenosine receptors in our brains. The adenosine level in our brains will raise throughout the day, being at it’s highest level when it’s bed time. The body breaks off the adenosine during your sleep and when you wake up the level of adenosine is at it’s lowest.

While the caffeine is binding itself at the adenosine receptors there is less place for adenosine. This will make you feel less tired.

It also raises the levels of adrenaline in the brain. Adrenaline is the ‘fight or flight‘ hormone and this gives your entire system a burst of energy and it increases your attention level. This is exactly the effect that most people are looking for.

Lastly, like most drugs, it increases the levels of dopamine in the brain. When you did something you are proud of, dopamine will be released from your brain as a reward, so when you take caffeine the brain rewards you. This can make you addicted to caffeine, like some of us are. When caffeine addicts don’t drink their daily dose, they get headaches and they will feel inactive and sluggish. However, the dopamine release is fairly small if you compare it with other drugs.

What are the health effects of caffeine?

Caffeine: It’s a ‘socially acceptable psychoactive drug‘. If you consume moderate doses of caffeine, it may have a positive effect on your health. The moderate caffeine dose will be around 300 mg caffeine which is equivalent to 2 – 4 cups of coffee every day.

Consuming around 200 mg of caffeine every day may boost long term memory, although caffeine interferes with sleep and sleep plays a critical role in learning.

Consuming caffeine is not without risks. You should not drink it when you are pregnant because it can lead to low birth weight baby’s. Higher doses of caffeine may lead to nervousness, restlessness, muscle tremors, a fast heart beat, insomnia, irritability and an upset stomach.

Higher doses, 5 or more cups of coffee each day, may increase the risk of early dead. However, caffeine may protect you against diabetes, Parkinson’s disease, cardiovascular diseases and a stroke.

Because caffeine has stimulating effects it could help you lose weight more quickly.

And how healthy is coffee on its own?

Coffee is filled with antioxidants, flavonoids and other natural substances. Coffee is the biggest source of antioxidants in our diet. It has many health benefits, such as a lower risk of serious diseases and it improves our brain function.

As for now, we can say a couple cups of coffee every day, with a maximum of 4 cups, will mostly have positive effects on your health.

However, coffee may contain a big amount of cafestol. It totally depends on how you brew the coffee and on your choice of coffee beans. Cafestol may increase your bad cholesterol which could result in silted up blood vessels and blood clots.

Always drink filtered coffee, this significantly reduces the amount of cafestol. This means you should not drink instant coffee or other unfiltered coffee drinks. Drinking lots of coffee that’s filled with cafestol will have a bad impact on your health. Some coffee brands contain more cafestol than others, something to keep an eye on.

Cafestol is an unhealthy fat that may prevent you from losing weight and it may seriously damage your cardiovascular system.