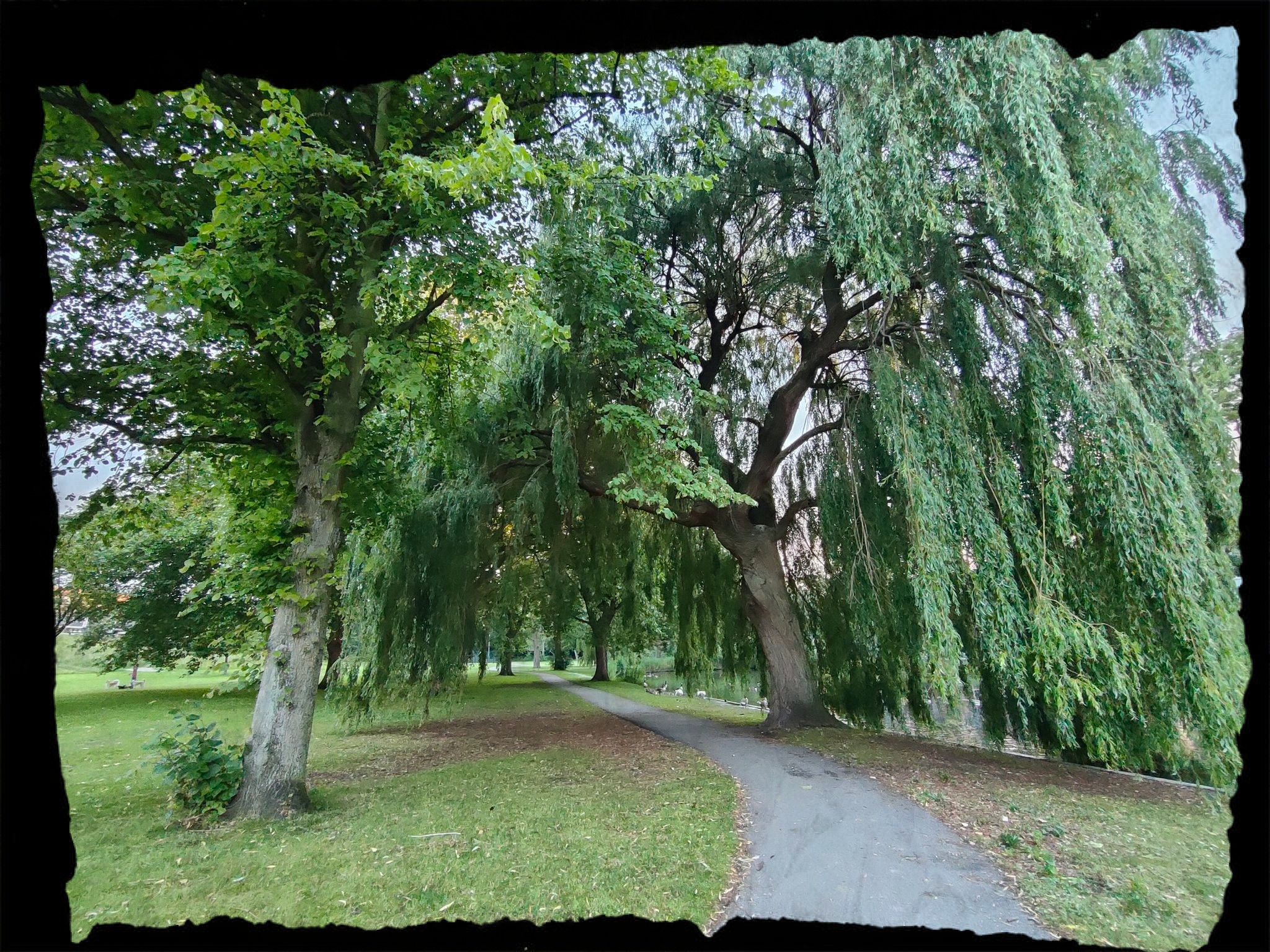 We got to give ourselves the power to empower the world, and bring the golden services ‘located within in the most secure safes’, to the designated ones, so that evil becomes a part of love because then is when it shifts. The world will become based on love, instead of on money.

Did you know that today we’re all still exploring the past, because we at WL1 are certain that some exoplanets (planets in another milky-way) carry some living beings for a longer time, than let’s say… we exist on earth, and are therefore, even with the same intellectual capabilities; more developed. Human beings have many more modern thoughts inside of their brains than we in reality really are (modern)– we basically think that we are evolved but we are not. However, we all seem to think we live in the future.

We still do not because in the future we do not use energy that belongs to earth, but we give energy so that earth will come around; and go around.

Like.. asteroids won’t explode on earth if the planet hands over friendly energy to fellow planets- and earth will live eternally so that every piece of compacted energy is able to explore life on planet earth- either with or without a brain– Possibly, beings without a brain have different ways to experience earth, because they might have senses we don’t know about yet (because we live in history).

Hey, take a look at trees or flowers. It’s normal to feel a sense of loneliness after your flower, plant or tree shifts from physical static-like energy, to energy that does not exist anymore. Well we think it doesn’t, because it’s digested into earth…

To conclude, here the fact that you never really have to be sad, when a living organism like this leaves you. This is because in – the ‘case’ – of energy they were alive in, has set it-self free, and now it will experience joy again; but refreshed like after a good night of sleep; starting another life. Life is for all of everything just a learning process… right?

Now do you believe that you share the same qualities tree’s posess (you both made it to earth)? This which requires a lot of energy in the first place brought you consciousness and so the other organic pieces – which basically are compacted flows of energy– do also have some sort of consciousness. The only thing that’s different is that not all beings share the same senses, and therefore we think that a tree doesn’t hear us, or doesn’t have feelings- but the reality is however…

Ice crystallises in a certain way; so when you freeze it and say bad words to the water – when it’s in the process of becoming ice – the crystallization will be different and the end product is likely left with scars… And water is not even something that’s alive (or dead)! The parts of water that are alive are bacteria and such, they are the valuable things, like minerals (and actually sources we need to use as fuel). When you drink water and nothing else- that kind of water that’s as pure it can be; then you’re going to leave this world within a short amount of time. Every cell in your body carries micro organisms that are necessary for cells to do their job. They need their nutrients.

Their job is executing code that was written in DNA – so that the cell does what it has to do – and exactly these micro organisms are the ones that also are in need of minerals, proteins and certain bacteria, and of course other microbiological and natural (possibly unknown) nutrients, just to stay alive.

What we’re trying to say is that in the modern world Ketikoti Two has already taken place. This which has brought earth ‘worldwide slavery destruction’. It goes along with global peace, and that’s something we’re not likely to experience in our lives- but we could all do our best to better nature, and help each other and work together, as we all want to have a good life. 1•. .•Life with happiness flowing through our vains and arteries– like we’ve had before, when we were all living in paradise.•.

We didn’t know paradise ever existed but…

One church spoke to us and said that the paradise we’ve once had is lost! This made us wild. Because something that did ever exist does always come back in some form later, especially when external forces allow it to.

There must be balance for a miracle like paradise and such, becomes truth..

Some times we carry thoughts like 222•. .•”One day it will be our time and then everything comes to surface; it will be the day of the grand selection– about what the gods are going to do with us.”•. or.. “We think we do everything ourselves, but actually nobody has control, because that energy which makes people do things, which we use to make choices– was in fact already there, before the happening or choice even made place.”

This second thought is something we’ve experienced – because we were aware of the fact that every organism is bundled by cells that are walking their path – or in other words; living their code to benefit surroundings.

For this reason energy only flows when another source of energy is in need, and this is exactly which that tells us 3•. .•”everything revolves around love.”•.

It could be that you need more understanding, and therefore we should take a look at the meteorology; the weather system.

Have you ever wondered why wind flows through our hair? Did you ever think that there’s wind because of tree’s that are fladdering their leaves; or because of the- never stopping and ‘consistently spinning’ globe?

In fact; to live there were certain aspects required, and this is why the creator chose to make the meteorological system unstable– it’s just never statical and still– it’s always on the move, and for a reason. The air basically travels from one place to another because of air pressure- this is that which creates isobars and such.

Now, if one place has a higher pressure than the other– the nature decides to give ‘the other’, because the laws of nature executes it’s job well– it means that there are forces that constantly want everything in balance.

The air in the high pressure area will go to the low pressure area, and this movement of air giving us ‘the wind flowing through our hairs.’

20•. .•Our focus must be to not be remembered personally (of course you will be)•., but to be a fire starter that improves the futures of the future.

44•. .•These could mean transfers of information or it are “happenings” that helps betters quality of all present and future lives.•.

Ask yourself the question: “What if I become a mouse, an ape or a bird after my “human body” gives up?” If energy never leaves “space” then logic tells us that nobody of us is never ever leaving ‘space’- because of the fact that energy cannot be destructed. You will possibly be a human again thinking it’s your first life. Or become an ant, panther or pet. Now let’s discuss energy a bit more…

Given a view on an electric battery; it generates power because, there are particles inside, that move from the minus to the plus side.

WAIT.. WHAT? This doesn’t make any sense?

Well, the answer on this is simple; it’s behaving under the same laws – everything on earth does – so the principal is exactly that what happens in the meteorological system. The only difference with batteries is that, electrons posess qualities like being negatively charged– which means that when a ‘minus’ moves to ‘plus’, it’s in fact making the ‘plus’ side have less.

Negatively charged electrons will take away energy from the part that has the most energy- so the part with the lowest amount of energy will contain exactly the same amount of energy as the bigger ‘plus’ part does.

All systems and organisms stop having flow or stop executing their DNA– this only happens when there is a pure and present balance.

The goal writing the previous paragraph has hopefully now been made, and it possibly changed the awareness of nature it’s need for balance. Now that you all know why this “law of nature” exists, we’re able to move to the next topic– 2•. .•no world without love.•.

Nature is created using stability as a powerful force, just to make gravity purposeful, and to make gravity attract all things required. On the contrary, it pushes out all that’s necessary, to counterfeit the force of attraction.

Example given: fire rises and is basically ‘pushed’ away from the source of gravity. Some experts say that this quality of fire created the locations of the planets, as they are now, all circulating in their own circle; and in distance of other planets.

Why this is? Because experts said that the fire ‘pushes’ all the planets away from the sun, combined with say a variable like the size of the planet– and this determined the distance between the sun and the planet.

This is why ‘pure attraction’ doesn’t work; 81•. .•everything needs a relative, in order to have a function, and if something attracts everything- but gives nothing; then the attraction basically loses it’s fuel to give- and loses it’s power to even be attractable.•.

Welcome the sanity. Wind flows because of love; nature wants everything to be equal, because equality theoretically speaking means: “love“.

Sanity for the world, this is what we are.

Do you think that “World War” is insanity? We do… so actually we’re quite “normal”, relatively spoken. 22•. .•War is failure of the human kind.•. End it now, declare peace. ♥️

< WL1 is always free of charge. This is not ‘in the making’ with money in mind. We don’t expect to receive any.